Pavel’s Violin is rated Five Stars by Readers in 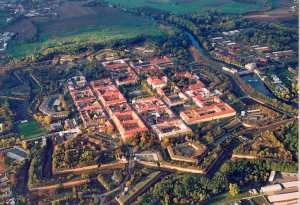 Living on a Star in Terezin

When I was young I’d lie
upon the cool grass at night
and gaze upon the sky.
And sometimes I would wonder why
I could not live there, on a star,
and in the heavens dance!
Clean and bright, and pure they are,
I thought, to my earth-bound sight;
tiny, shining beacons of the night.
Now, no longer young, and soon
perhaps to die,
now indeed I live upon a star,
between the river and the plains
that stretch as far
between here and home
as if among the starry skies I’d roamed.
A fortress battle-star of brick and earth:
the tortured turf now sick with sorrow,
void of mirth or stellar dance;
Eight pointed prison bastion of a star,
that is an ugly scar
upon a battered dream.

Benefit Concert for the Museum at Bubny Station, Prague, from where tens of thousands of Czech Jews were transported to Terezin Concentration Camp.

Tommy Lustig’s wonderful memoir, “Children on Death Row: The Hate and the War,” about his imprisonment in Terezin at 6 years old, and his father’s experience in Auschwitz, was the primary inspiration for my historical novel, “Pavel’s Violin: A Song of Hope.”  I am just finishing up the wonderful experience of helping Tom to edit his memoir, and it will soon be republished on Amazon in print and Kendle editions.  This will be the tenth edition of his work.  Watch for it coming soon, with this new cover:

Passing Out the Shit Bucket
at Zgorzelec Station

Pass out the shit bucket, he said,
on the siding, in the rain.
The stench had closed our lungs for hours,
for miles, as the wheels clacked
over crumbling rails.
Stumbling, stumbling over emptied pails
of shit the nazi cursed
and shot old Josef for the fun of it.
And Josef, tumbling out the door,
rolled in the stinking stuff, but he
was dead already, and cared no more.

from ch 32 of Pavel’s Violin

“Pass out the shit bucket,” shouted a guard. And be careful with it, I don’t want your filth all over me.” While the bucket was being emptied, someone saw a signpost by the siding.
“Zgorzelec,” he said. “It’s Poland. My God, we’re in Poland.” And the door slid shut.

“It’s not the things you’d think would be the problems,” Pavel said to Aaron. Aaron was standing on Pavel’s shoulders with his face at the window slot, trying to get some fresh air without cutting his nose on the barbed wire. Moments at the window were at a premium, and available only to men who were already close by.

“What are you saying?” asked Aaron, nearly chocking on his small breath of fresh air. “What do you think our problem is, if it’s not the stench in here!” They had been traveling for nearly two days. Most men had not yet had the chance to sit for a few moments. Most had not gotten anywhere near the bucket. And the stench was so bad they had no desire to get any closer. Many just relieved themselves where they stood. Some people cursed them for it. Others understood, and wept.

“It’s not the stench,” Pavel went on. “Or the hunger or thirst, or the constant standing. It’s not even the dying,” he said, glancing toward the growing pile of corpses in one corner. “The real problem is the sheer, crushing boredom. The real problem is suffering and death have become so commonplace for us that we are growing bored with it.” He turned to the others in the car as Aaron clambered down off his shoulders.

“Don’t let yourself get bored!” He shouted at them. “Don’t let this become normal. Rage! Rage at the horror!”

“Getting angry won’t help,” someone said.

“Couldn’t hurt,’ Pavel retorted. “Chicken soup, you know.” And everyone who was still able burst into thankful laughter. “That’s it,” Pavel thought. “That’s what we need. Laughter. Rage and laughter.”

The great Austrian luthier, Jakob Stainer (c. 1619-1683) used this handwritten label in all his instruments:

“Jakob Stainer, in (the town of) Absam, near Innsbruck, (date)

And this is the title of Part I of “Pavel’s Violin,” the story of Jakob Stainer and his crafting of the very special violin.

from the title page of Part I, a quotation from Paul Stoving, in “The Story of the Violin:”

The Tyrolean fastness will guard his memory,
and the eagle will tell it to its young,
and pine to pine,
and the winds in dark recesses
will mourn the memory of Jacobus Stainer.

And the tale goes on from there:

I. Jakob Stainer and the Making of the Violin

II. In the Palaces of Bishops and Emperors

III. The Jewish Community of the Moravian Countryside

VII. The Violin Comes to Pavel 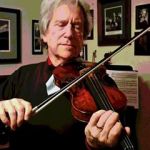 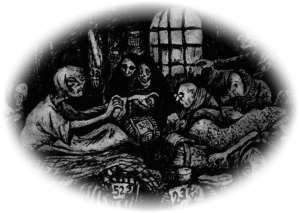 A Child Comes to Terezin

In the so-called “coffee house” in Terezin Concentration Camp, which was all for show, and where prisoners could not buy coffee.

“Přátelé,” she said in Czech, “My friends. I am happy to play for you today. I know the Coffee House usually presents cabaret music, or jazz, but today I wish to be a bit different.” She paused, and the room was silent. “A bit different” could be a dangerous thing.

“Today I wish to begin with an old musical comedy number by Škroup and Tyl. It’s about a dear old grandfather, who longs for the lost days of his youth.” Satisfied the program would be nothing but pious sentimentality, and not wishing to be subjected to such mush, two plainclothes SS officers got up and left, their coffee still cooling on the table. But the handful of Czechs present smiled inwardly, knowing what to expect. As Mira began the first notes of the tune, they sang silently along with her, “Where is my home, where is my home? The Czech country, my home.” They would have cheered at the end, but offered the safer, polite applause instead. Mira looked over to her friends’ table, smiling, as if to say,

“Do you see what I mean? It is the Violin that, for a few moments, makes the Paradise.”

Many thanks to the more than 1,000 Visitors so far